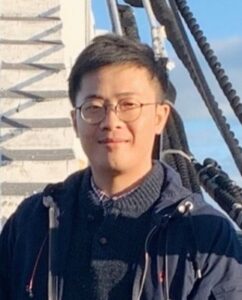 Junqiang (Jacob) Dai is a fifth-year graduate student in the Developmental PhD program. Jacob’s primary research interest is the development of face recognition behaviors in typically and atypically developing populations and how the brain system changes over time to support this development. His mentor is Dr. Suzy Scherf.

As a graduate student, Jacob has published four first-author publications and is co-author on a fifth. He is also first author on three presentations. One of his publications, a comprehensive review of all the work investigating associations between pubertal and functional brain development, received a lot of scholarly attention and was accepted as a symposium talk at the Association for Psychological Science. He was also able to present his findings at the annual meeting of the Vision Science Society, the leading international conference for vision research. Jacob’s research spans multiple domains of developmental psychology. His master’s thesis project at Penn State focused on investigating peer bias in emerging adult face recognition behavior and the neural underpinnings supporting that bias. Jacob received his Bachelor of Science from Jiaying University in southern China. He then attended Guangzhou University, also in China, for his Masters’ degree, where he began to research the neural mechanism underlying face processing behaviors.

Jacob is delighted and honored to receive the Strumpf Scholar Award. With the award, he expects to devote time and financial resources toward completion of his dissertation, which will concentrate on how ethnic-racial identity development impacts adolescents’ own-race bias in face recognition. In turn, he believes the award will significantly help him to become highly competitive for post-doctoral positions and fellowships, which will help him achieve his long-term goal of pursing an academic position at a major research university. He would like to thank the Strumpfs for their generous gift to the Penn State College of the Liberal Arts.