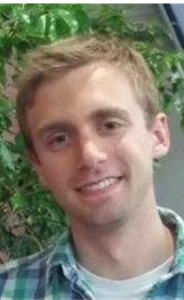 Alexander Weigard completed his University of Michigan Medical School’s NIAAA-funded T32 fellowship in interdisciplinary addictions research and has been promoted to Assistant Clinical Professor of Psychiatry at the University of Michigan. Alex was awarded a five-year K23 grant from the National Institute of Drug Abuse in May 2021. This past year, Alex had four first-authored publications for a career total of 16.

During his T32 fellowship, Alex worked with Dr. Adriene Beltz, a former CSC Strumpf Scholar, and Dr. Mary Heitzeg, a developmental neuroscientist, on using quantitative modeling methods and developmental neuroimaging to better understand cognitive and biological influences on the development of externalizing psychopathology and risk for substance use initiation. Alex received the Chair’s Choice Travel Fellowship Award from the Society of Biological Psychiatry in January 2020. Alex graduated from the Penn State Clinical Psychology doctoral program with a specialization in Neuroscience in 2018. His mentor was Dr. Cynthia Huang-Pollock. His internship took place at the University of Michigan where he received the Stephen T. Chermack Award for the Best Clinical Research and/or Program Evaluation Project by a Trainee from the VA Ann Arbor Mental Health Service for his internship performance.

As a graduate student, Alex’s primary interest was in researching processes that affect cognitive control at different points in the lifespan by using insights and methods developed from basic cognitive neuroscience research and applying them to clinical populations with known self-regulatory deficits. He received a number of awards and honors, including Honorable Mention for a National Science Foundation Graduate Research Fellowship in 2013 and the Wisniewski Family Enhancement Fund in 2014. His dissertation was titled, “Clarifying the Mechanisms of Cognitive Dysfunction in ADHD and Tobacco Withdrawal with a Model-Based Cognitive Neuroscience Approach.” Alex received his M.S. in Psychology at Penn State after attending Temple University, where he received his B.A. in Psychology summa cum laude with a minor in Cognitive Neuroscience.

The Strumpf award helped Alex travel to Australia for one month to work with Drs. Scott Brown and Andrew Heathcote on several projects. While there, he learned additional methods for mathematical modeling of response time data and Bayesian model fitting. He believes the Strumpf Scholar Award helped provide him with the means to further his collaborations and research in clinical science and in the basic study of cognitive control across the lifespan, which will help him attain his goal of a career in research.