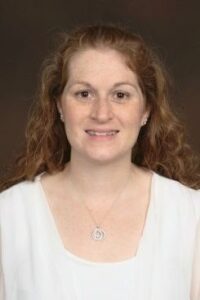 Adriene Beltz continues in a tenure track position in the Department of Psychology at the University of Michigan, which has one of the most prestigious developmental psychology areas in the nation. She is also a Research Assistant Professor of Data Science at the University of Michigan Institute of Data Science. Adriene is going up for tenure review this academic year.

In 2021, Adriene received the Anne Anastasi Distinguished Early Career Contributions Award from American Psychological Association Division 5, which recognizes an early-career individual who has made outstanding contributions to quantitative research methods. She also received the Wilbert McKeachie Award for Excellence in Lecture-Based Teaching from the University of Michigan Department of Psychology for her skill in teaching the graduate-level Advanced Research Methods and Statistics I and II course sequence. She continues as a mentor on two NIH T32 training grants, is principal investigator on two new grants and co-investigator on three other new grants, and has four applications for funding under review. To date, Adriene has had 25 first-authored publications. Also of note are the six publications this year whose first authors are Adriene’s student mentees, speaking to the investment Adriene makes in training the next generation of developmental scientists.

In 2020, Adriene received the distinguished Jacobs Foundation Early Career Research Fellowship for highly talented and innovative young scholars working on child and youth development. During the 2020-2021 academic year, she began mentoring on two NIH T32 training grants, received over $400,000 in new grant funding, and had two applications for funding under review. In 2016, Adriene was inducted into the New Biobehavioral Science of Puberty international working group as an Early Career Scholar member and added to the editorial board of Hormones and Behavior. Her postdoctoral appointment was completed in 2016 with Peter Molenaar in the Penn State Department of Human Development and Family Studies.

Adriene received her doctoral degree in Developmental Psychology, specializing in social, cognitive, and affective neuroscience under the mentorship of Dr. Sheri Berenbaum at Penn State. The title of her dissertation was, “Sex Differences in the Resting State Brain Function of Cigarette Smokers and Links with Smoking-Related Behavior.” As a graduate student, Adriene received the Outstanding Publication by a Graduate Student Award from the Psychology Department, a Superior Teaching and Research Award, and an RGSO Dissertation Support Grant from the College of the Liberal Arts. She also received a Graduate Research Scholarship from the American Psychological Foundation. Her master’s degree is in Experimental Psychology from Saint Joseph’s University. She described herself as a “quantitative developmentalist interested in sex hormone influences on the brain and gendered behaviors.”

As a Strumpf Scholar, Adriene used the scholarship funds to attain the equipment and training she needed for a series of research projects that formed the basis for several publications as well as her dissertation research. Although her Strumpf funding ended, her continued progress shows the positive impact the scholarship had on her.