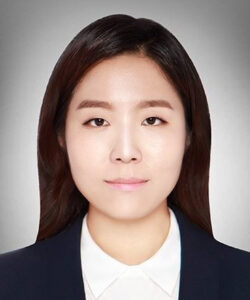 As an international student, in addition to learning research skills, working in the Context and Development Lab has helped me improve my communication skills as well as helped my adjustment to studying abroad.

Joonyoung Park began working in the Child Study Center during her junior year, joining Dr. Dawn Witherspoon’s Context and Development Lab. A Schreyer Honors College student majoring in Psychology, Joonyoung has been involved in most aspects of the lab: data collection, data coding, data analysis, as well as manuscript writing, making her an invaluable lab member.

The work in the lab has furthered her interests on how neighborhood characteristics influence adolescents’ deviant behavior. She recently finished her honor’s thesis, in which she evaluated the effects of neighborhood on diverse adolescents’ deviant behavior and the role of parental monitoring as a protective factor. For this, she did extensive coding of family-level poverty using parent-based measures as well as objective census data from the Families, Adolescents, and Neighborhoods in Context (FAN-C) Study. She presented this work at the 2014 Annual Psi Chi Conference.

Furthermore, Joonyoung has been fundamental in the lab’s efforts to disseminate research findings to the communities involved in the study. She spearheaded this activity by creating a video of the research findings using skills she learned in one of her classes. As an international student, Joonyoung says that in addition to learning research skills, working in the Context and Development Lab has helped her improve her communication skills as well as helped her adjustment to studying abroad.

Joonyoung has also participated in Dr. Janet Welsh’s Friendship Group mentoring training class. In addition, she is a member of Dr. Rosenbaum’s Cognition and Action Lab. Next year Joonyoung will do an internship at Yonsei University, Korea, and will apply to graduate school.

The Child Study Center appreciates Joonyoung’s hard work and wishes her best of luck in her future endeavors!